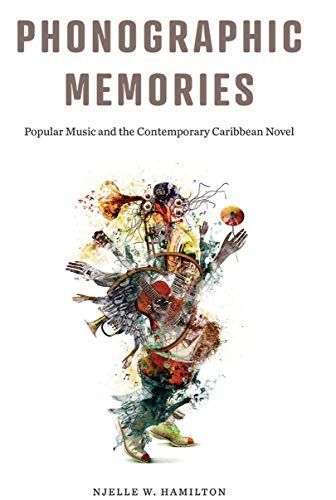 Phonographic Memories is the first book to perform a sustained analysis of the narrative and thematic influence of Caribbean popular music on the Caribbean novel. Tracing a region-wide attention to the deep connections between music and memory in the work of Lawrence Scott, Oscar Hijuelos, Colin Channer, Daniel Maximin, and Ramabai Espinet, Njelle Hamilton tunes in to each novel’s soundtrack while considering the broader listening cultures that sustain collective memory and situate Caribbean subjects in specific localities. These “musical fictions” depict Caribbean people turning to calypso, bolero, reggae, gwoka, and dub to record, retrieve, and replay personal and cultural memories. Offering a fresh perspective on musical nationalism and nostalgic memory in the era of globalization, Phonographic Memories affirms the continued importance of Caribbean music in providing contemporary novelists ethical narrative models for sounding marginalized memories and voices.

I grew up in an era of physical music media—8-track tapes, LPs, cassettes, and CDs—and the technologies on which to play them. Most of my memories either have a soundtrack or relate to listening to music, manipulating music players, collecting music, writing music, or writing about music in some way. The subject of this book, how music encodes memories and helps us to remember, became all the more personal when my father passed away as I was writing it. (An avid music collector, he and my mother ran Hamilton’s Christian Books and Records Store in Port Antonio, Jamaica, as I was growing up.) Writing about musical remembering suddenly became infused with personal nostalgic energies. My own reflective and creative practice as I grieved him made me realize how much this book constellates the several selves I have cultivated throughout my life: music listener and collector, music fan, songwriter and singer, musical novelist, and now sound studies scholar.

Looking back now, I also realize that I trained my memory on music. The Jamaica of my childhood had one television station that went off the air from midnight to 6 a.m., and since my family was rarely at home, most of our news and entertainment came from the radio. The many hours spent listening to the radio meant I developed a highly auditory memory and imagination: a gift for mimicking voices and accents and for imagining entire visual worlds from the soundtrack offered by the radio. The repetitive music roster meant learning songs the wrong way—misheard lyrics, songs cut off by advertisements—or hours calling into to Richie B on a weekday afternoon so he could play Tiffany’s “It’s the Lover Not the Love” so I could (a) record it and (b) learn it for a school talent competition. Since my father had a turntable system at home and at our books- and-records store, I had the fortune of learning songs by heart because he played his 8-tracks and 45s and LPs—Skeeter Davis, Andraé Crouch, Royal Routes—so often I learned all the words, melodies, harmonies, and even the instrumentation. Once I started going to high school and had pocket money, I spent it all buying cassettes and, with my new Walkman as my constant companion, spent many hours playing my own favorite songs and albums on repeat.

Three things came back to me as I started writing down my memories of my father (Hamilton, “Mourning Mixtape”) after he passed away: First, owning cassettes and a Walkman—the ability to rewind a song so I could transcribe the lyrics and learn the song—coincided with my songwriting. Second, it also coincided with my tendency to spatialize music; because I listened to music while commuting to school, certain songs from my youth will always trigger the memory of riding in the bus or car. Replaying certain albums will bring back entire episodic memory sequences because I had them on repeat at a particular place in a particular moment of my youth. Tevin Campbell’s T.E.V.I.N. (1991) never fails to trigger the memory of a weekend in the mid-1990s when we were marooned at home due to heavy rains and flooding. There is teenage me looking out my bedroom window at the floodwaters creeping up the backyard as I listened to “Strawberry Letter 23” or a young adult me walking through the city of Avignon in southern France listening to Mariah Carey’s Charmbracelet (2002) on repeat as I tried to find the city hall. (How long does it take to walk around the ramparts of Avignon? Three Charmbracelets.) Third, I realized that my brain would replay entire albums as if it were its own Walkman or iPod, and it would do so with remarkable high fidelity—the pitch, tempo, the grain of the singer’s voice, even lyrics I hadn’t learned yet would play in my head as if I were hearing them on the stereo. Sometimes this would manifest as anticipation when actually listening to an album: in the pause between tracks, my brain would already start playing the opening strains of the next. What this reflection on my own life made clear was that lifelong habits of music listening endowed me with what I call in this book phonographic memory. My exposure to technologies of repetitive music listening means that my own brain functions like a music player. But this is also true of my songwriting self, which developed in tandem with owning my own recorded music. Although I kept a songbook, I remember the lyrics and melodies to most of my early songs because I sang them over and over in those days. Not so today—I struggle to remember my newer songs, and it is unclear whether that is due to age, writing fewer songs, performance anxiety, listening to music less, or listening to a wider range of (mostly digital) music on shuffle rather than the same few favorite albums.

Writing this book allowed me to reflect on my own remembering and music listening practices. It also gave me the opportunity to listen to many old favorites and discover new ones. A key part of chapter 3, for instance, required me to replay Ella Fitzgerald’s version of “Body and Soul” so I could learn its lyrics, melody, tonal center shifts, and when and how much to inhale in order to hold those high, long notes. Most importantly, writing this book gave me the critical language and historical context to understand the genres and idioms that were formative in my own upbringing. Finally, writing about music literally brought me back to Jamaica—the book’s final words were written following a trip home in December 2017 to attend the homecoming show of reggae sensation Chronixx (Jamar McNaughton). Already Dread and Terrible (2014) had created a memory palace of listening to it for the first time, on repeat, as I sat on a bus from Boston, Massachusetts, to New York City that summer, en route to his free concert in Brooklyn. Now the songs on Chronology (2017) will forever be encoded with the memory of jamming with my sister, nephew, and brother-in-law—who chose that moment to tell his son that he played bass guitar on the song “Ghetto Paradise.” Good times.

Phonographic Memories is about how music helps us remember anterior selves, places we’ve been, and experiences that have marked us. Even as it focuses in particular on Caribbean music and its representation in contemporary fiction as a trigger for cultural memory, it remains attentive to the process and experience of encoding and retrieving autobiographical or episodic memory through music listening. I read these musical novels as long-playing records of Caribbean music and situate myself as a listener to the memories they record and replay. I invite you to listen along with me.

A playlist of music can be found on the publisher’s website: https://www .rutgersuniversitypress.org/phonographic-memories/9780813596594.
Нажмите, чтобы прочитать больше...