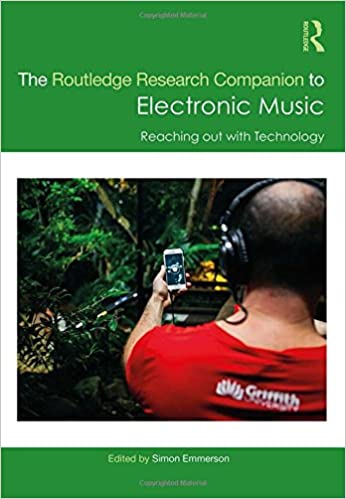 The theme of this Research Companion is ‘connectivity and the global reach of electroacoustic music and sonic arts made with technology’.The possible scope of such a companion in the field of electronic music has changed radically over the last 30 years.The definitions of the field itself are now broader – there is no clear boundary between ‘electronic music’ and ‘sound art’. Also, what was previously an apparently simple divide between ‘art’ and ‘popular’ practices is now not easy or helpful to make, and there is a rich cluster of streams of practice with many histories, including world music traditions.This leads in turn to a steady undermining of a primarily Euro-American enterprise in the second half of the twentieth century.Telecommunications technology, most importantly the development of the internet in the final years of the century, has made materials, practices and experiences ubiquitous and apparently universally available – though some contributions to this volume reassert the influence and importance of local cultural practice. Research in this field is now increasingly multi-disciplinary. Technological developments are embedded in practices which may be musical, social, individual and collective. The contributors to this companion embrace technological, scientific, aesthetic, historical and social approaches and a host of hybrids – but, most importantly, they try to show how these join up. Thus the intention has been to allow a wide variety of new practices to have voice – unified through ideas of ‘reaching out’ and ‘connecting together’ – and in effect showing that there is emerging a different kind of ‘global music’.

Simon Emmerson studied at Cambridge University and City University London. He is a composer, writer and professor at De Montfort University, Leicester. He works mostly with live electronics and has published widely in electroacoustic music studies. Keynote addresses include ACMC (Auckland), ICMC (Huddersfield),WOCMAT (Taiwan), and the Edgard-Varèse Guest Professorship (Berlin).

Music practice – reaching out with technology

The changing value of practices reflected in the changing terminology

At the Alternative Histories of Electronic Music conference at London’s Science Museum in April 2016, I presented a personal account of how I felt the study, research and teaching of elec- tronic/electroacoustic music had evolved since my earliest experiences of the professional world following my graduation from university in 1972. Importantly one of the tasks was to see how that view – even at a personal level – could be reviewed and often completely re-evaluated in the light of subsequent history.

From 1972–1974 I taught physics and music at a state secondary school in Hertfordshire (UK).This county had a very progressive education authority which organised awayday sessions on new teaching ideas and practices; in the music field this included a weekend workshop with John Paynter1 – who introduced a range of contemporary music techniques with an emphasis on group involvement, utilising instrumental and vocal resources available to all irrespective of traditional instrumental competence. In the school I was encouraged to use recording technol- ogy, improvisation, graphic and free scores and so on, both in classes and extracurricular music activities. I also became a tutor in further education evening classes at Hatfield Polytechnic (now the University of Hertfordshire) shortly after.Thus some of my earliest purchases included ‘DIY’ tape technique (Dwyer 1971) and teaching ‘experimental music’ texts. It was a golden age for teaching text publication in the UK (George Self (1967), Brian Dennis (1970), John Paynter and Peter Aston (1970),Trevor Wishart (1974), Richard Orton (1981)) which had (I believe) a long-term effect across many aspects of British culture which we still do not fully appreciate.

In 1974 I returned to university to study towards a PhD in ‘electronic music’. One clear memory which I find now surprising from my research student years was my belief that it was possible to possess all the texts relevant to my field – probably on a shelf or two, with extra space for journals (of which there were then very few).The relationship of ‘research’ to ‘teaching’ texts was very fluid at university level; there were agreed canons of primary texts (by composers, studio reports, technical ‘how to’ books and the like) and secondary texts (introductions to the field with a varying mix of technical and musical descriptions).Almost the same goes for (LP) recordings. Recordings of most works cited in main texts had by then become available with a degree of perseverance.There was a core group of ‘easy to obtain’ labels (DG, Philips, CBS . . .) joined by specialist labels available only ‘on import/to order’ – labels for the early French musique concrète and some American labels were collector’s items almost as soon as they were issued.
While the bias of my bookshelf was anglophone – I possessed all the American texts of the day (these were the earliest teaching texts in English and dominated the field) – I had a good selection of French and German primary texts in addition. Italian, Netherlands and Swed- ish contributions were also present, though usually via translations. The classical music canon defined by these texts was clear – it was a standard Euro-American history simply defined and largely accepted without question.

The canon and early vocabulary – words and practices

This canon defined the basis of a vocabulary that remains with us (more or less) to this day, although within a very different context. I shall summarise this canonic vocabulary, as originally used and as it evolved, and then try to see how revisionist histories have steadily eroded its cen- trality, especially within the practice of teaching programmes.Thus the classic (European) divi- sion of elektronische Musik and musique concrète, along with American ‘tape music’, was the basis of a foundational history. Musique concrète has been largely mis-summarised in earlier English- language writings – its key tool is écoute réduite (reduced listening), that is removing from our considered perception all notions of source and cause to focus on the quality of the sound in itself.2 Indeed its founder, Pierre Schaeffer, focused on the rich nature of sound recorded and declared his total dislike of the poverty of the electronic sound of the time. But as synthesis- ers became more sophisticated (and produced greater complexity and interest) they could be (and were) installed in the Paris studio and included in source sound production in this field.3 Musique concrète is thus a description of an attitude to listening (and consequent approach to composition), not the sound source itself – any sound can be perceived as concrète in the right circumstances. Elektronische Musik on the other hand had a very different ideology, what we might call hardcore synthesis. A combination of an atomistic additive approach starting from ‘elementary particles’ – sine tones, impulses – was complemented by a subtractive route based on the filtering out of frequencies from noise bands.The fact that its original practitioners advo- cated organisational principles derived from serialism4 at every level of working was perhaps a cause of later confusion in terminology – at least a schism (we shall return to this).

‘Tape music’was an early term and had much wider usage than is recorded in textbooks.As an umbrella label for some key experimental work from Otto Luening,Vladimir Ussachevsky, Pauline Oliveros, John Cage, Steve Reich – it appears to avoid the worst of the ideological bag- gage of the European traditions.Tape is the medium, what is inscribed on it is (almost literally) immaterial.That said, there was a hidden ideology left barely stated – that of the so-called exper- imental or avant-garde practices of the USA at the time: after all, all recorded music – classical, popular, jazz and so forth – would be ‘on tape’ by this time. But this was music that could only be on tape. In this sense it was much more widely used, including in Europe, where the phrase ‘on tape’ or ‘with tape’ became simply a description of anything using pre-recorded sound.5

Shortly after, the use of computers to generate sound and music has its foundation myth around Max Mathews at Bell Labs in 1957.6 ‘Computer music’ – a descriptor of means – retained an apparently separate identity until the advent of personal computers brought all options under one umbrella in the 1990s. But this was a complex process of analogue becoming digital.7 The powerful command line approaches of the ‘Music N’ family of programmes did not take over as this process progressed, but instead the ghost of analogue practices became visualised screen icons within the emerging DAW culture of the new ‘tapeless’ studio.The term survives because – well, nowadays everything is computer music, isn’t it? Well, not exactly . . . as we shall see.
Нажмите, чтобы прочитать больше...